Aquarium restaurant describe themselves as an “underwater dining adventure.” While the restaurant itself is not technically underwater, it boasts an enormous aquarium.

Located at the newly re-opened Opry Mills Mall in Nashville, guests dine while seated around a 200,000-gallon tank, home to a wide variety of fish, sharks, stingrays and more. More than 100 species of colorful, tropical fish from the Caribbean Sea, Hawaii, South Pacific and the Indian Ocean – reside in the tank. Every table at the restaurant allows for an exceptional floor-to-ceiling view.

Walking through the host stand to the table is an experience itself. You go through a walkway with an arch of fishes and then around the aquarium tank. Both kids and adults seem to take several pauses admiring the colorful fishes that tend to swim in pairs and enjoy greeting the customers. It made me want to look at some fish tank reviews on aquatics world and get some fish for our house! They were beautiful.

The food at Aquarium restaurant is as magnificent as its ambiance. I started with a white sangria which is light for lunch and goes well with white meat. For appetizer, I selected the shrimp and crab dip served with warm bread. The dip was creamy and dense, made with crabmeat, salad shrimp, spicy roasted poblano peppers, chopped tomatoes and cheese. For main course, I had the broiled fisherman’s platter which I was told by the server “is fit for a queen.” Truly, it was a giant platter with everything imaginable! Lobster tail, grilled shrimp, stuffed shrimp, sea scallops, mahi mahi and stuffed crab, served with Aquarium rice and broccoli…oh my!

Some might question consuming seafood in the presence of live fish, so there is a good section on chicken and meat entrees as well.

My server was exceptional and offered his suggestions throughout. He lost me at dessert though. Like everything else, the desserts were over sized portions of delicious irresistible creations. One of them looked like a brick of chocolate and could be handy if we were characters of Willy Wonka and the Chocolate Factory. But I settled with a key lime pie with toasted meringue. Not so bad either.

Aquarium restaurants is a great dining experience for the entire family. Think of it as a trip to the aquarium and a fine meal, all rolled into one. They have four locations in Denver, Houston, Kemah and Nashville. 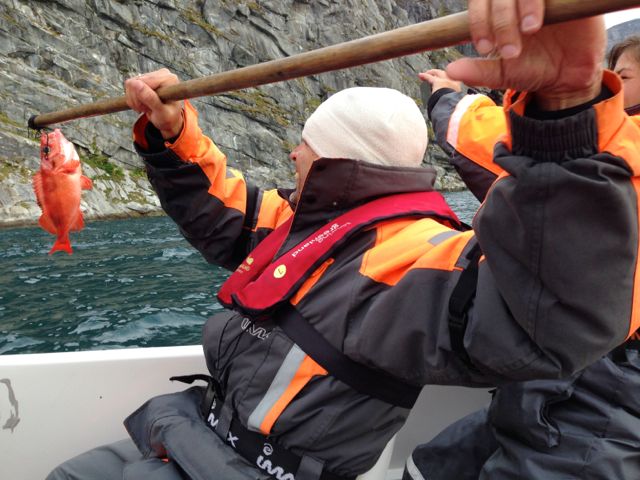